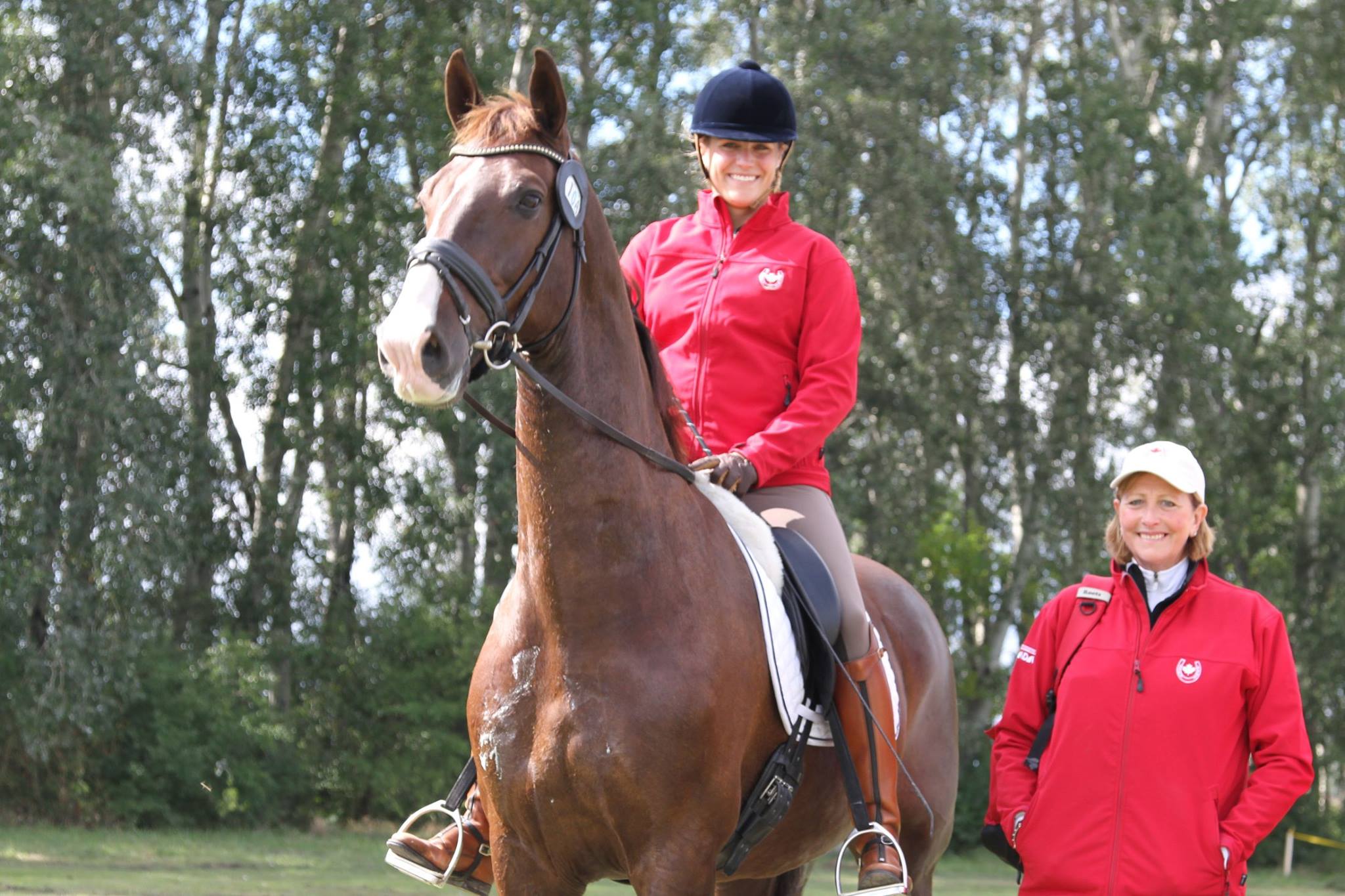 ARISS, Ont. — Zidaan and Kelly Houtappels-Bruder and have been training hard as they push themselves to get ready for the world championships of combined carriage driving in Hungary.

No detail has been overlooked. They’re working with a physiotherapist, nutritionist and sports psychologist, while putting in long hours of workouts. There’s only one problem — one of them is afraid of umbrellas.

Zidaan is a 10-year-old Dutch harness horse. Houtappels-Bruder is his 32-year-old Ariss, Ont.-raised driver. The pair will compete for Canada at the World Single Driving Championship from Sept. 24-28, where they’re the only Canadian team to qualify.

And while Zidaan, or Rusty as he’s nicknamed, is an elite athlete who loves competition, he’s still an animal. That means Houtappels-Bruder has her work cut out for her getting him over his fear of umbrellas.

“He’s absolutely terrified of umbrellas,” she said, on the phone from the Netherlands, where she now lives and trains.

“I have friends walk through the ring with umbrellas, I have an umbrella tied to his field outside, and I put his feed bucket under it… I’m just trying to acclimatize him to what he’ll see on the show grounds.”

Part triathlon event for horses, part refined chuck wagon race, the equestrian sport of combined driving was developed by none other than Prince Philip. It has three phases: dressage, cross-country marathon and obstacle cone driving.

As the only Canadian driver to qualify for the championships, Houtappels-Bruder will represent her country at the tournament’s social gala with pancakes, maple syrup and, of course, Crown Royal whiskey.

She says it’s “an honour” to compete for Canada in a sport no Canuck has triumphed in since Ottawa’s Udo Hochgeschurz won gold in 1989. The local rider, granddaughter to Cambridge’s Sam and Arlene Inglis, won her first national junior championships in dressage at 14.

Houtappels-Bruder also wants to grow a sport that has long been dominated by Europeans in Canada. She hopes the event could be added to the World Equestrian Games when it comes to Quebec in 2018.

She plans to run a series of clinics in Ontario to drum up interest in the sport, with the goal of fielding a full Canadian team at the next world championships in two years. Houtappels-Bruder and her husband Frank Houtappels are also offering up their facility in Holland to help other Canadians train.

The sport’s three distinct events means Zidaan’s training is quite varied. There’s the refined, controlled movements of dressage, the flat-out physical demands of the marathon and its challenging obstacles, and the agility required to master the cones course.

“With dressage, it’s kind of like figure skating, where you have to do a routine with certain movements,” she said. “Then we have to do condition drives, with a lot of galloping, so he has the stamina to do the marathon. The cones training, it’s making sure he’s very responsive and can turn quickly.”

Then there’s the extra challenge of managing Zidaan’s excitement, after he’s been thrown into the world of competitive carriage driving in just a few short months.

“Because of his breeding, he finds everything very exciting. He’s seen the same stable yard for 10 years, and all of the sudden, he’s realizing there’s this great big world out there,” she said. “He’s a quick learner, he’s very smart. Sometimes, too smart.”

Houtappels-Bruder’s efforts in Hungary will include some family help. Her mother, Laurie Inglis Bruder, is her team’s chef d’equipe. Her husband Frank is her navigator, who rides on the back of her carriage during the marathon races.

They’ll be up against the world’s best drivers from some 40 countries. And she knows she’s a long shot to win, but hopes she could surprise a few people, too.