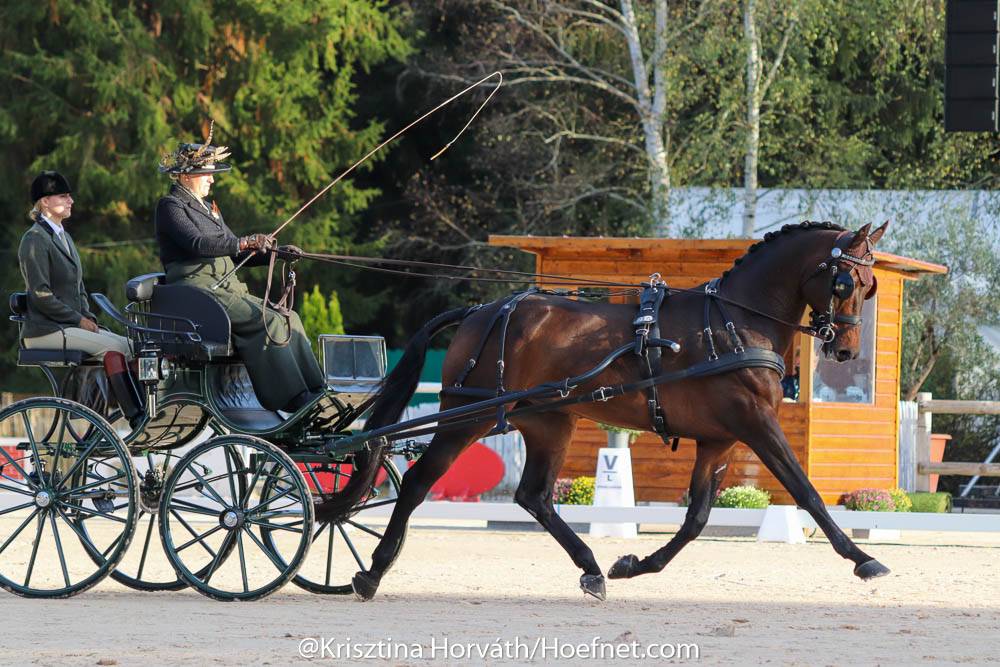 Netherlands-based Kelly had to start early in the morning and her Oldenburger gelding Flip danced through the arena. With fluent transitions and a precisely driven test, Kelly and Flip peaked at the right moment. The Ground Jury awarded their performance with a score of 45,89: “I am very happy,” said Kelly. “There were a few minor mistakes, but everything came together and we drove our best test ever.”

The remaining 13 competitors will drive their dressage test on Thursday morning.

Update: Dressage day 2, Marion Vignaud herewith left the Dutch leading lady Saskia Siebers with Axel behind. Saskia left the arena earlier this morning with a score of 44,36 and took over the lead from the overnight leader Kelly Houtappels-Bruder. So Kelly is on a 3th place a great start!