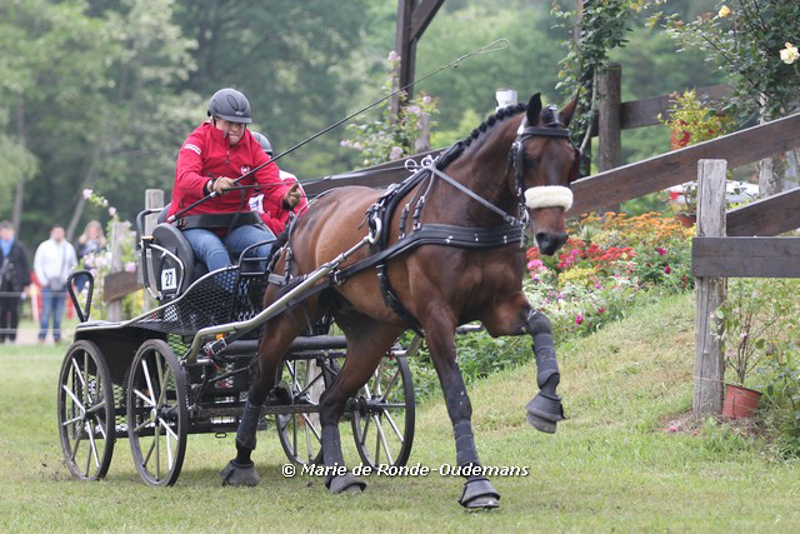 Kelly Houtappels has won the marathon of the three-star competition in Saumur. It was the first time in her driving career that the Netherlands-based Canadian driver won a marathon. Extra special detail is that Kelly won the marathon driving a horse which she only has several weeks.

After she had some bad luck with two of her own competition horses, she was offered to drive the 8-year-old Oldenburg horse Flip, owned by Dutchman Hans Hoogers. After her second place in the marathon, she has now taken the lead in the standings.

The marathon of the four-star competition was won by Stefan Ulrich, who is now in second place before the cones, behind the leader Marion Vignaud.

French driver François Dutilloy won the marathon of the pairs class, followed by Dutch drivers Stan van Eijk and Harrie Verstappen, who has taken over the lead but is closely followed by Michael Sellier.